Some people know they want to be involved in campaigns from the onset; others find themselves in the campaign world in a less traditional way. Andrea Cervone falls into the latter category. While seeking a career in journalism, Andrea’s partner, Ted Terry, was working as finance director for John Barrow. This led to a very part-time position in communications on Steve Oppenheimer’s campaign for Public Service Commission, and it took off from there.

What began as op-eds, newsletters, and campaign photography blossomed into a career in communications and campaign management. Andrea and Ted  helped start the Nonpartisan Candidate Training at AAAJ Atlanta (which Asian American Advocacy Fund took over in 2019). It started as a small operation, just four candidates in an office on Buford Highway learning about campaign training, with Andrea focusing on comms and Ted handling finance and other client side training aspects. Most recently, Andrea worked on Felicia Moore’s mayoral campaign.
From talking to Andrea, it seems that one of her biggest strengths is creativity – she takes seemingly unconventional ideas and turns them into lucrative outcomes.

“We wrote a persuasion script [for Felicia] and included that script across all platforms – call time, door-to-door, emails, and texts, which resulted in a higher rate of response than any other text sent. This was significantly more labor intensive on the back end because it was testing voter interest areas, but we also included this sampling in Atlanta-centric emails. All of our data was connected and messaging was consistent.”

The result? A 12 point swing in favor of Moore.

In addition to utilizing persuasion to increase an uptick in support for Moore, Andrea also had the idea for a guerrilla art campaign – “Hi, Felicia!” This marriage of her creative background and political career was a fun way to engage young voters around Atlanta. 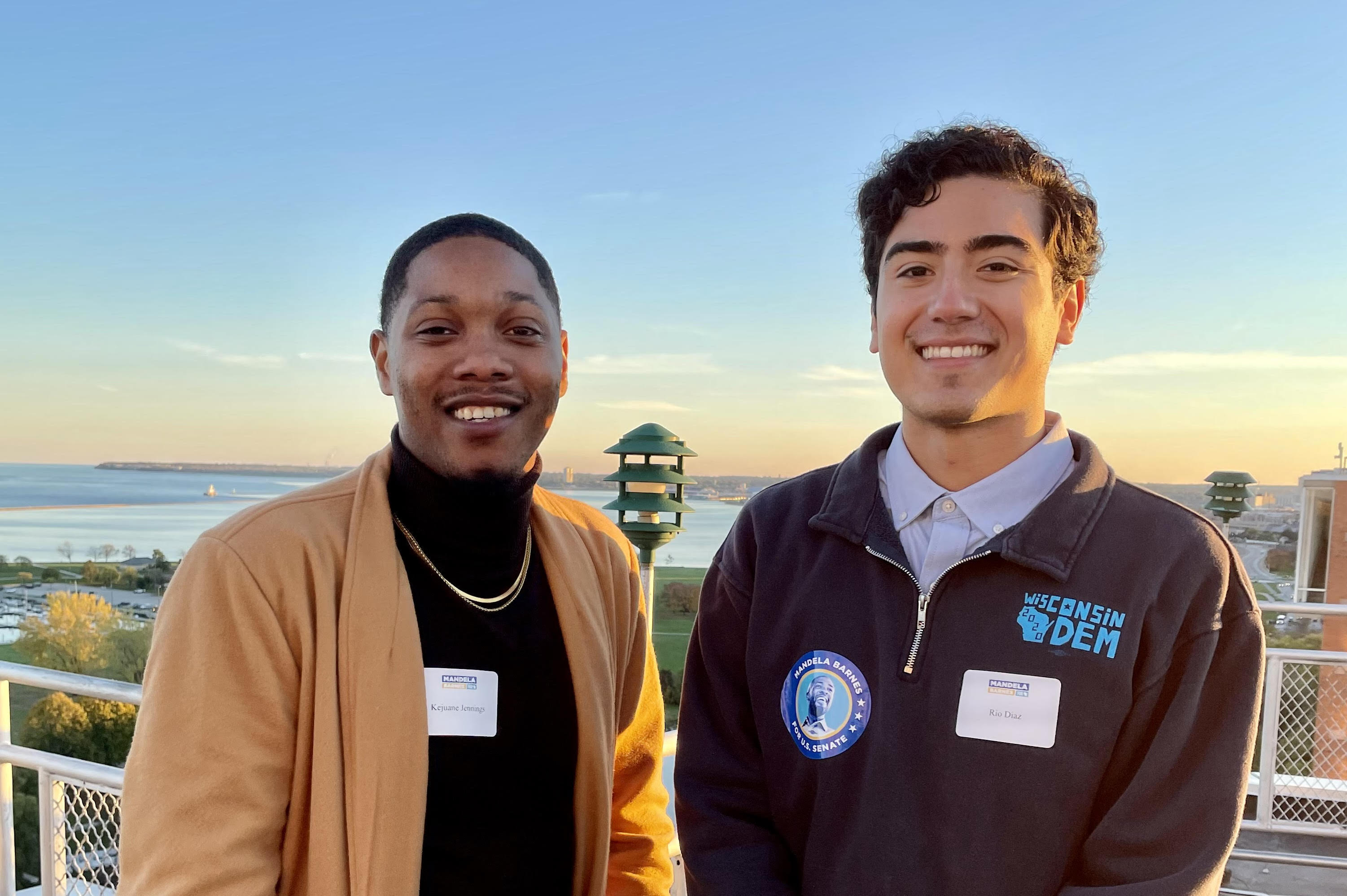 When Trump was elected, everything changed. Like so many others, Rio Diaz wanted to get as involved as possible. He interned with the National Democratic Training Committee, which jump-started his involvement; he would go on to intern for Kim Walz, be part of the Obama Foundation's Community Leadership Corps program, and ultimately join the DNC’s Organizing Corps.This is where his path in politics really took off.

“I was based in the Wisconsin cohort, and ended up working as a field organizer for the Democratic Party of Wisconsin in 2020. Nothing was more important than winning the 2020 election, and making sure Wisconsin played a vital part in that.”
Rio is part of GAC’s Finance Staff Match Program, which focuses on advancing careers for diverse, young talent interested in the campaign space. Rio was matched with Mandela Barnes’ campaign for Senate, where he serves as a call time associate. While the majority of what he does is prep for call time (he’s admittedly very organized and efficient), Rio also wears many hats on the Barnes campaign.

“I’m able to use my experience as a field organizer to help in other ways – like leading events, helping with the fellowship program by recruiting students from universities in Wisconsin, and helping scale donors up the ladder of engagement.”

When asked what he’s most proud of, the answer came quickly and easily. “We raised over $1.1 million in our first quarter (Q3 2021), which is the most any first-time Senate candidate has raised in Wisconsin. Mandela had no self-contributions, and still outraised the other candidates in the primary, two of which are largely self-funded. Our average contribution is less than $50, and we’re building a wide coalition of donors and supporters. What drew me to Mandela is how he focuses on leading with values, something we need to focus more on as a party [rather than how bad our opposition is].”

Rio also wanted to give a shoutout to his fellow call time associate, Adam Green, who serves more as a call time manager than associate. “Not only does he make sure Mandela’s on top of his game, pushing him day in and day out, but he also makes sure back-end coding is done right on the digital front. We’re really lucky to have him.”

Keep an eye out for big things from Rio – and Adam – as they work to make Mandela Barnes the next Senator from Wisconsin. 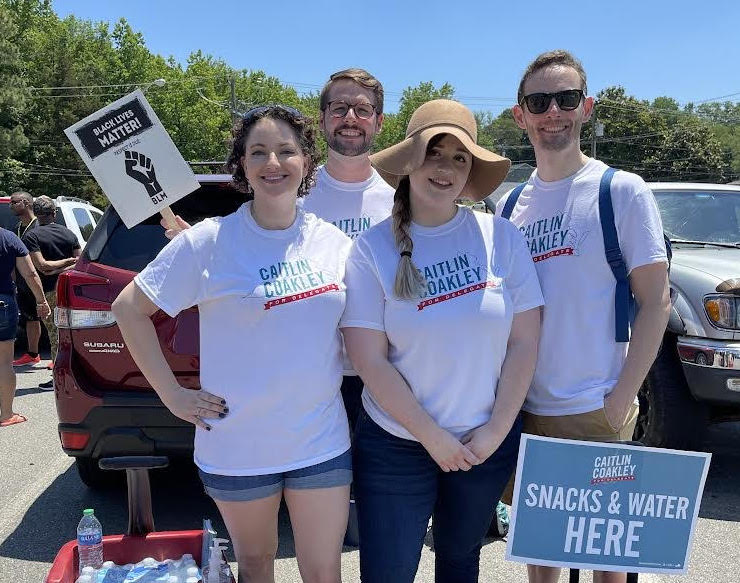 Madison Scalf discovered her love of campaigns in 2018. She grew up in a VA-01, an R+8 district, which led her to want to be a change maker. Madison wanted to find a way to work toward progress, so she started locally, working first as an organizer with Vangie Williams (2018) and followed shortly as Campaign Manager for Stan Scott (2019). Her experience with Vangie really showed Madison what good campaigning could do.

"Vangie's district is a very conservative area – I noticed that some people around me didn't have motivation because it didn't seem worth it in the larger picture of Democratic political strategy”.

But Madison thought otherwise. Under her leadership, around 200 volunteers were recruited and they worked 110%. The result was receiving 8,000 more votes than expected. 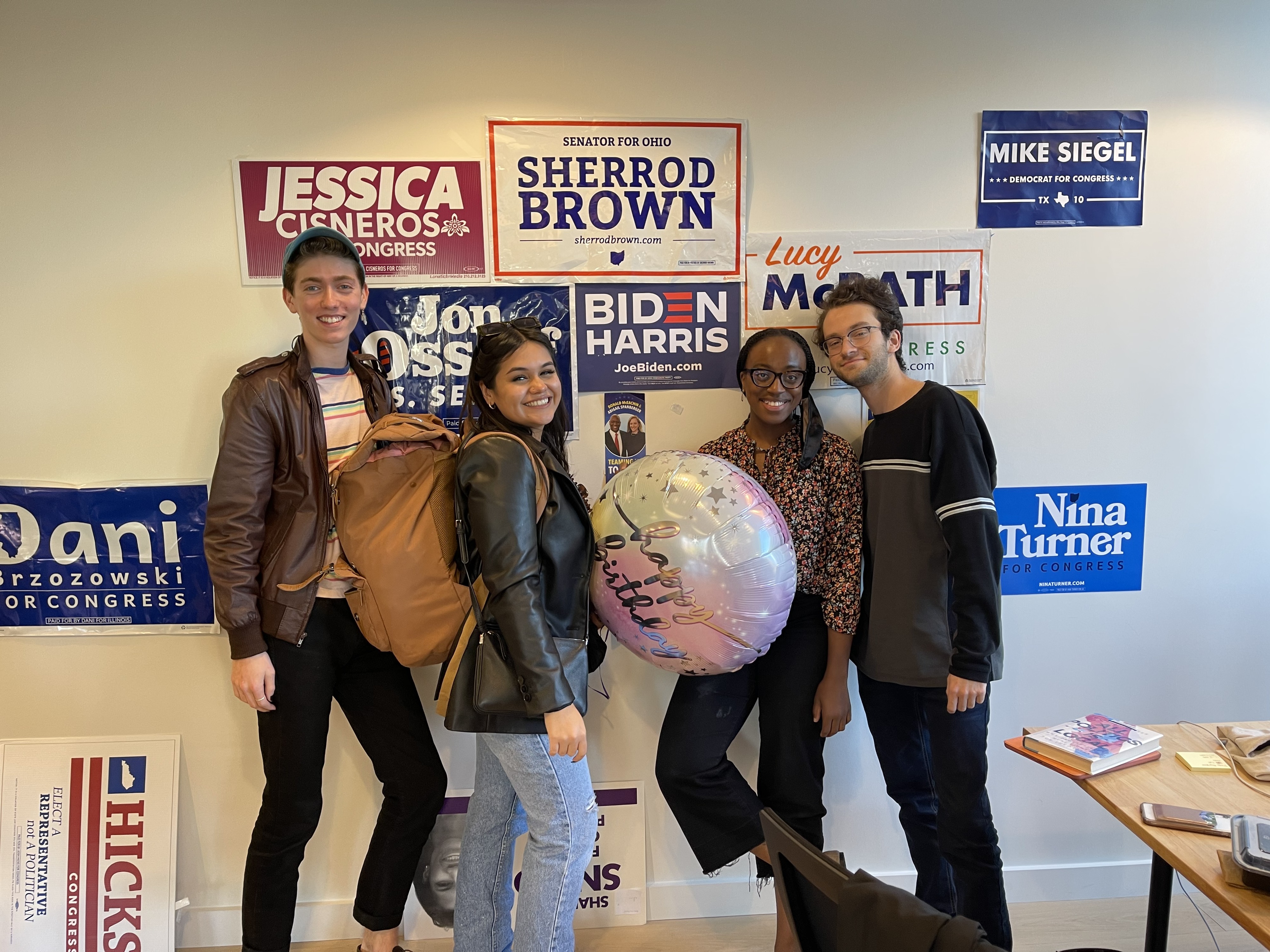 The Fall 2021 Internship class got off to a strong start while I was on vacation. Our Operations team, led by the fabulous Emily McFadyen and the serviceable Ryan Dunn, ensured that the first week of orientation went smoothly. This included a full week of STATA trainings, mentor matching, staff one-on-one’s, department overviews, and intros to the world of campaign finance. Luckily for Emily and Ryan, they didn’t have to create the orientation curriculum from scratch, as we had to do last semester. Plus, this class of four seemed more manageable than our summer class of ten. 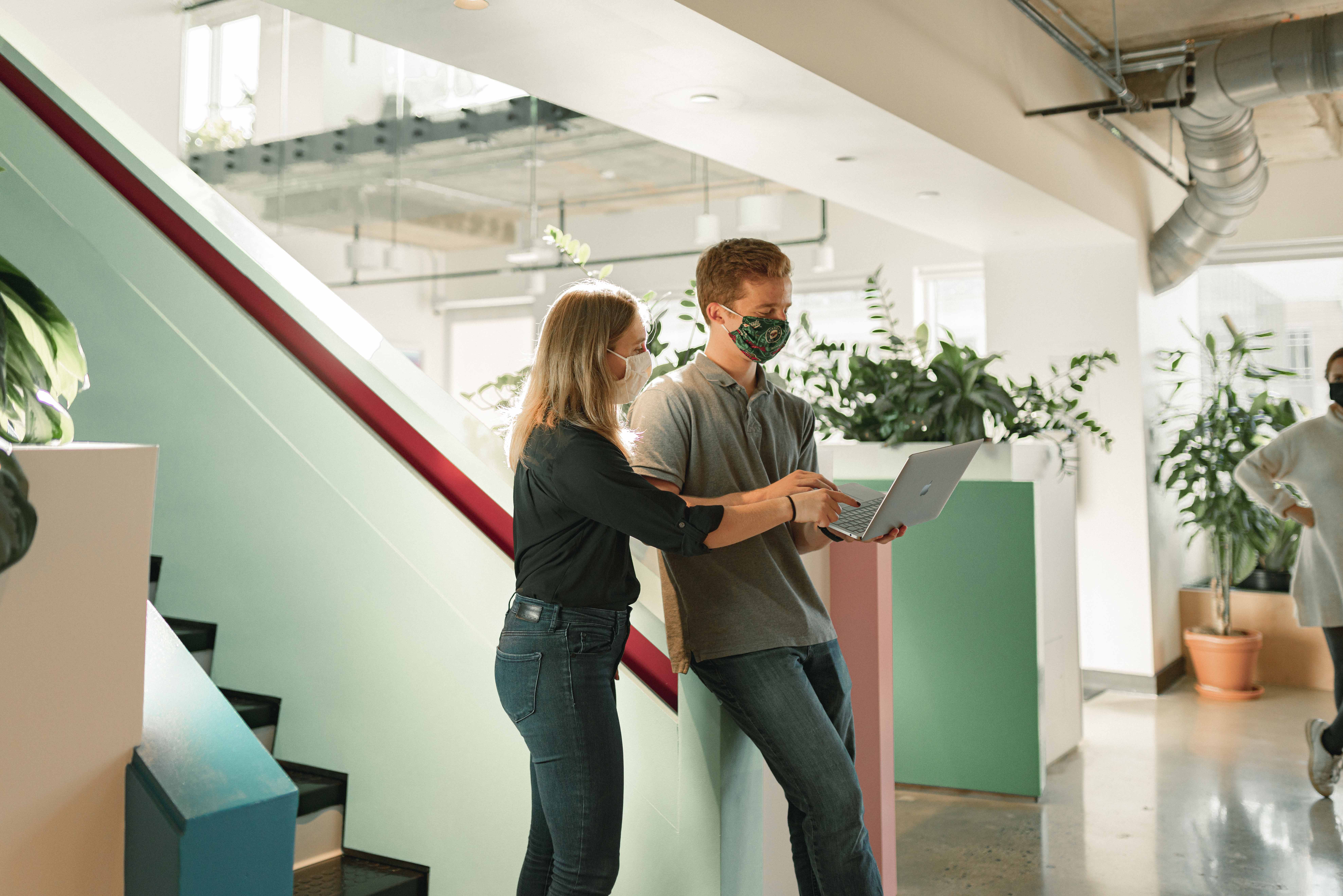 When it comes to rising star staffers, Tali DeGroot would be hard to overlook. Tali started her career at J Street, where she headed up fundraising in the Capital/South Region for the organization's 501c3, 501c4, and PAC. Following a three and a half year stint on the nonprofit/PAC side of politics, Tali moved to Laredo, Texas to serve as Finance Director for Jessica Cisneros' historic attempt to defeat Henry Cuellar. Using top call time techniques, Tali and her team helped Jessica raise more than $2 million in the 2020 cycle. When asked what she'd take with her from one campaign to the next, or even to her career outside of campaigns, Tali said, "Campaigns teach you that you have such a short amount of time to get things done. You develop a pretty strong muscle for trying new tactics and seeing what works, what sticks, and what should be tossed to the side."

This experience teed her up well to run Nina Turner's finance team in OH-11's 2021 special election, where they raised more than $6.1 million in the attempt to win Marcia Fudge's former seat. Tali helped lead an innovative switch from broadcast to in-house P2P texting. It became a more personal communication – the team was able not only to reply, but also to have it be an immediate and personal response. A/B testing showed 1.5 to 2x as much return from P2P than broadcast, and the results spoke for themselves.

What are some tips Tali would offer folks starting out on the finance side of campaigns? "You have to be creative and figure out what works for your candidate," Tali said. "For example, with Nina, we scheduled call time. With smaller, scrappier campaigns doing 60 hours of call time per week, triple and quadruple dialing help the candidate not only feel less alone, but it's more fun for everyone." She also emphasized how important it is to find the right candidate for you. "You want to believe in your candidate. Do little projects for them that get them not just through the campaign, but through the day."

Tali isn't sure exactly what she's going to do next, but she'll definitely stay in the progressive space. Keep an eye out for Tali's next moves! 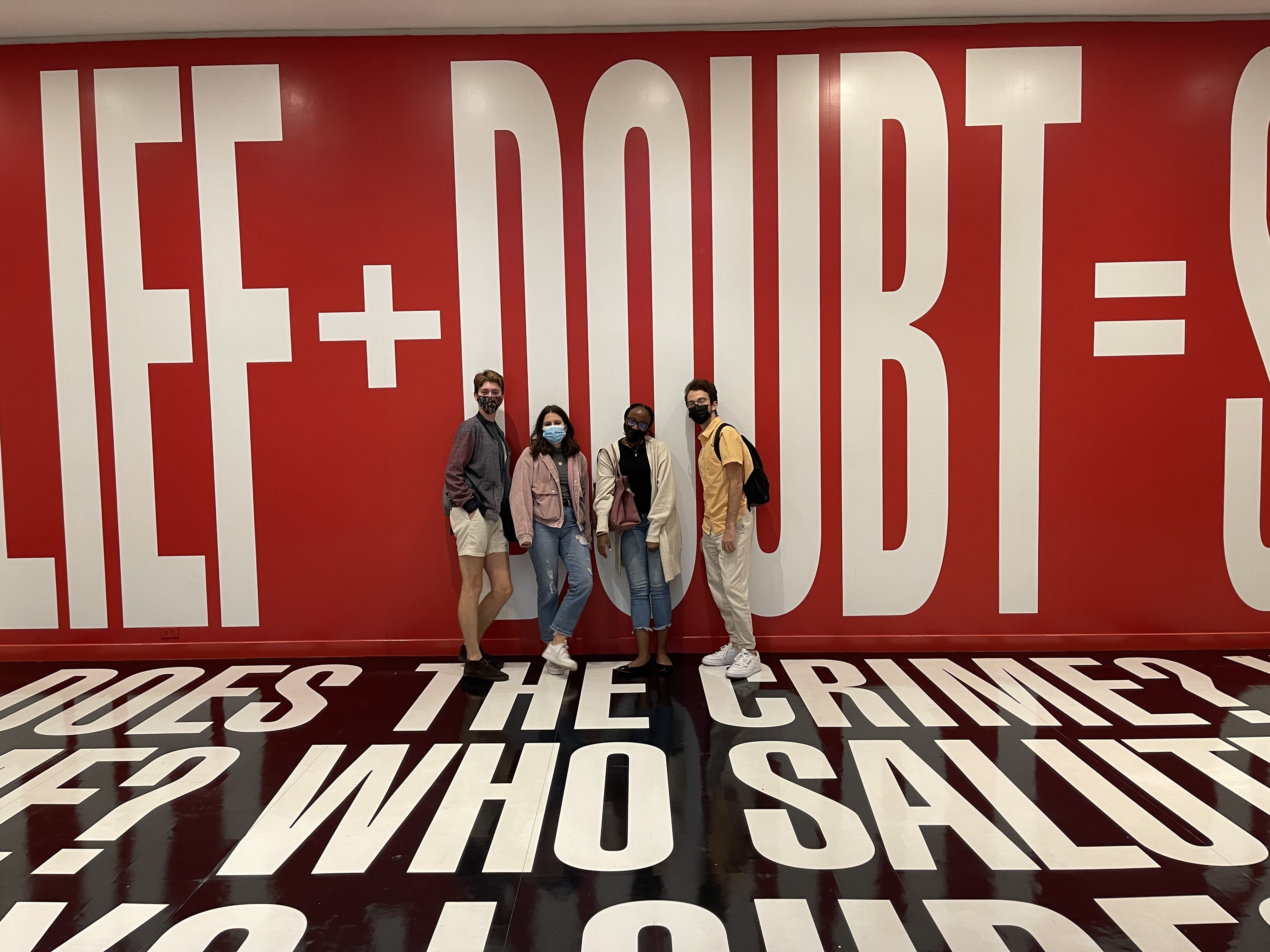 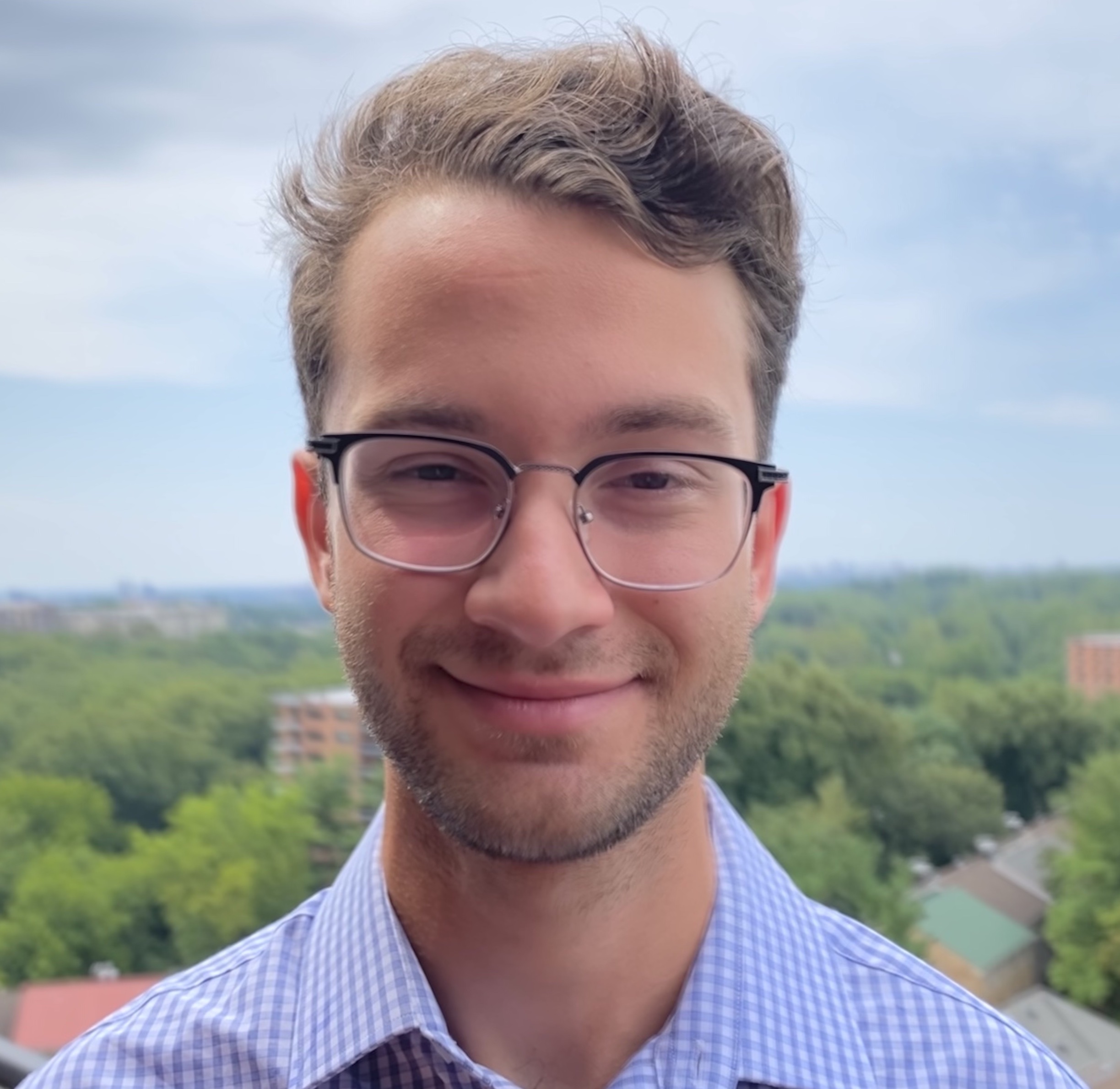 Last Friday afternoon, the GA Interns went out to explore the city and stopped by the Hirshhorn Museum to check out the current exhibits. We started off by taking in the iconic Barbara Kruger: Belief and Doubt installation that occupies the Lower Lobby. Visitors are immediately immersed in the language on the escalators, walls, floor, and ceiling of the space. Kruger introduces doubt with open ended questions like “who is free to choose” and “who is silent.”

We also explored the new Laurie Anderson: The Weather exhibit. Not being familiar with Anderson, I found myself learning a lot about who she was and how important the practice of storytelling is to her work. Similar to Kruger’s exhibit in the lower lobby, Four Talks is a highlight of Anderson’s exhibit that allows Anderson to have a conversation with the viewers. With so much writing on the walls, one can spend hours in that room if they wanted to read everything over. Another highlight of The Weather exhibit is Habeas Corpus: the story of Mohammed el Gharani who was accused of being a terrorist and was captured by the US as a child. This part of the exhibit features a large projection of Mohammed who told his story directly to those in the room.

At last we explored the Marcel Duchamp exhibit. Duchamp’s opinions about what constitutes art was the biggest takeaway for me. Experimenting with the use of different objects, like combs or hat racks, was something Duchamp championed. We also had some fun at the end of the exhibit playing chess and drawing each other. It was a fun Friday afternoon! 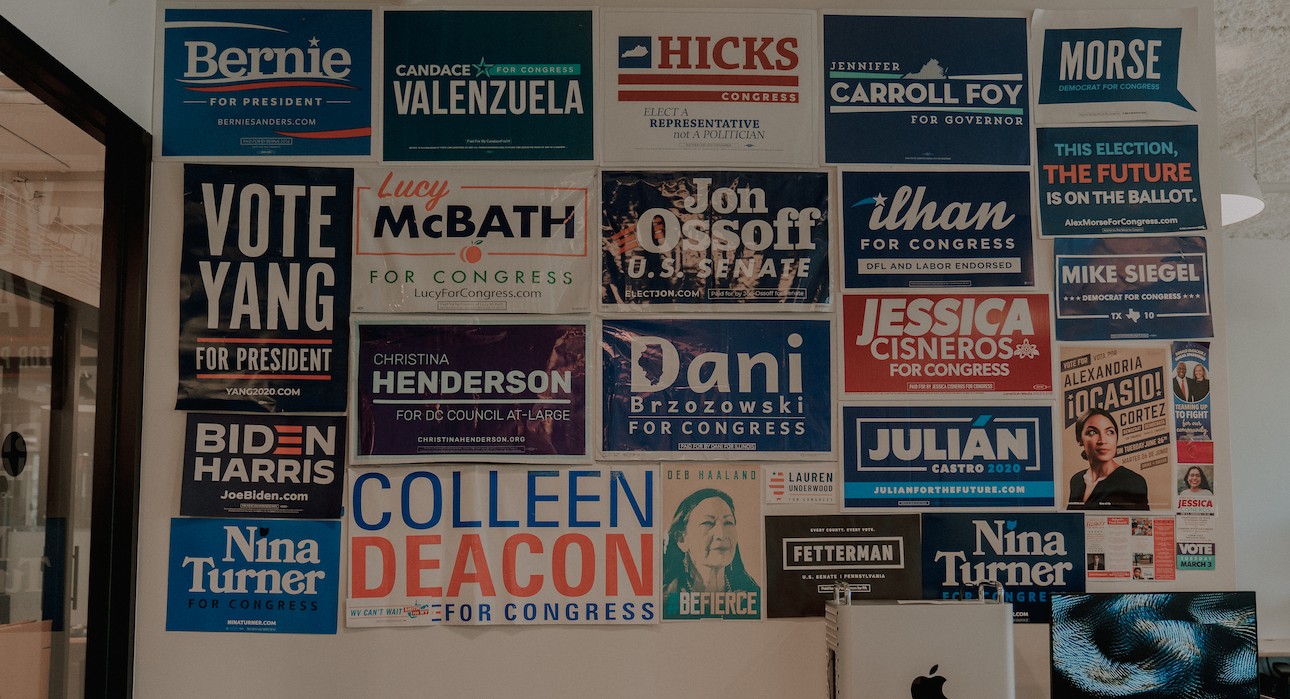 Elvin Bruno, Jr. is non-stop, in the best way possible.

The narrative behind Elvin’s rise as an inspiring individual starts with his mother, a single Latina who worked multiple jobs to provide for her children. Boosted by her hard work, his ascent took off on the political side when he attended his first protest – in eighth grade! He spearheaded the efforts of his middle school community to oppose the wrongful termination of a well liked teacher, and was able to secure representation by the American Civil Liberties Union (ACLU).

This marked the first experience of Elvin using his voice and serving as an activist. At 16, he began working full time for the Alex Morse for Mayor campaign. This launched his career – since then, he’s worked on dozens of campaigns in different capacities for local, state and federal races. He has also worked for a national nonprofit organization centered on combatting sexual violence on college campuses.

“It is an incredible non-traditional avenue for campaigns to raise money from new donors. We launched in the beginning of June 2021 after piloting it internally with a few GA clients,” Elvin said. “Just in June we were able to help eight clients raise nearly a quarter million dollars from over 5,000 contributions directly through text messages.”

Elvin is an individual who knows how to get things done. We’re excited to see his P2P service taking off and are looking forward to working with him in the upcoming cycles.